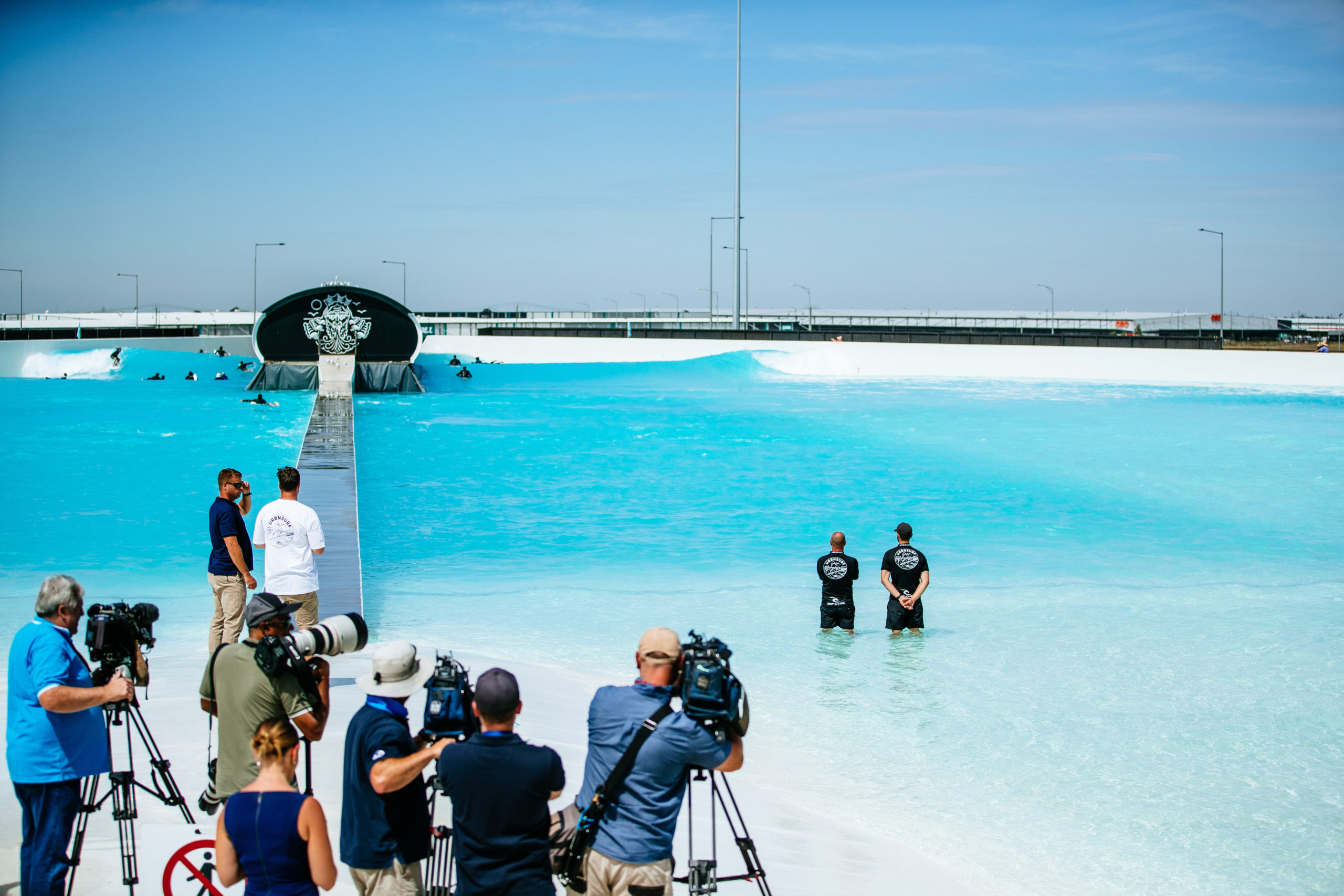 “Tragically, a number of drowning deaths due to people being caught in rip currents have already occurred this summer,” said Liam Krige, GM Lifesaving Services at LSV. “Rip currents are the number one hazard at Australian beaches.”

The demonstration included showing how to escape a rip current – raising an arm and calling for help, swimming parallel to the shore or floating on your back with the current until it releases you, and, most importantly, remaining calm.

“We’re proud to partner with LSV to raise awareness and educate the public on the importance of water safety skills, particularly as we enter peak summer season,” said Damon Tudor, URBNSURF Group CEO. “Whether you’re surfing or swimming in the ocean, or in the controlled environment of our lagoon at URBNSURF Melbourne, it’s extremely important for everyone to be aware of water hazards and take care when in the water.”

URBNSURF Melbourne’s 2-hectare, crystal-clear lagoon provided the perfect location for the controlled simulation, with its next-generation technology capable of producing a rip current while patrolled by trained lifeguards.

Surfers themselves are often responsible for bystander rescues, and special Surfer Rescue 24/7 lifesaving programs will be run by Surfing Victoria at URBNSURF Melbourne in mid-February to highlight the need for everyone to learn to save a life through rescue techniques and CPR methods. 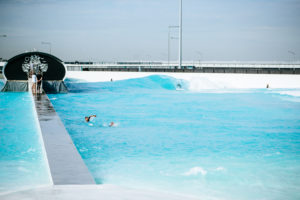 “Surfers are at the beach all year round and are a critical part of water safety in Victoria alongside LSV’s services, said Adam Robertson, Surfing Victoria CEO. “With the help of URBNSURF, we’ve run the Victorian Government funded Surfers Rescue 24/7 programs in a safe and controlled environment in Melbourne.”

Over the past 18 months, the Surfers Rescue 24/7 program has seen over 1000 surfers complete the program and learn board rescue and CPR skills that could ultimately safe a life.

Escape the rip this summer

LSV is urging people to familiarise themselves with rip current safety and swim between the red and yellow flags rather than going to the more remote beach locations this summer.

“After being locked down and time spent away from the open water environment, controlled aquatic and surfing environments such as URBNSURF Melbourne and aquatic centres are fantastic places to build experience back up before heading to the ocean, with its unpredictable nature,” said Mr Krige. 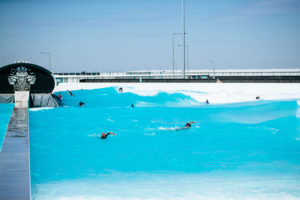 Inland waterways, such as rivers and lakes, can also have strong rip currents and caution should be taken whenever you are in, on or around water this summer.

“Every drowning is preventable and tragic,” said Mr Krige. “We want everyone to come home safely from a day at the beach.”

To keep safe, find a beach patrolled by lifesavers on www.beachsafe.org.au and swim between the red and yellow flags, supervise children at all times (those 5 and under within arm’s reach and under 10 always in your line of sight), and keep an eye on changing weather conditions during the day.